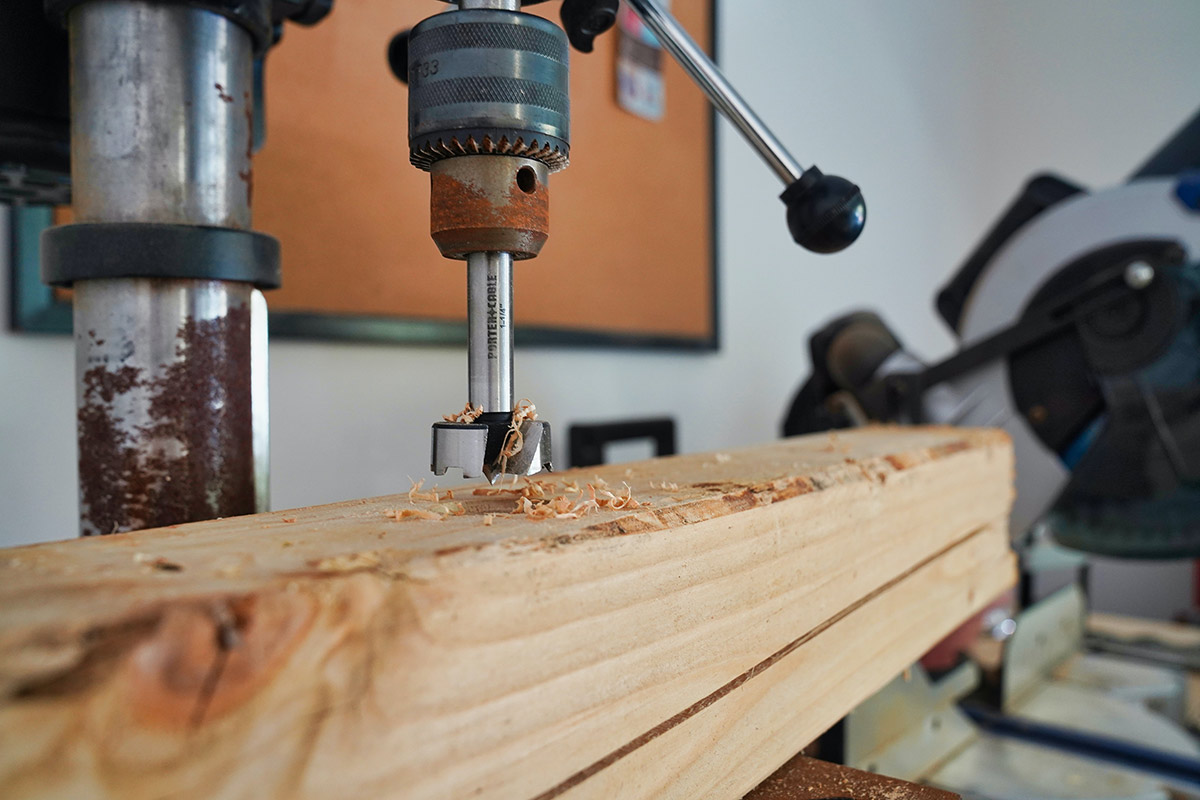 Home Resources The History of the Drill Press

The History of the Drill Press

When it comes to precision wood or metalwork, the drill press is a must-have tool for any craftsman. These large and hardwearing tools are like an old friend, happily accompanying you through project after project. Let’s look further into the drill presses history!

So who invented the drill press? And when was the drill press invented? In this article we’ll cover the history of these great machines and trace their development into the modern tools we have today.

Who invented the drill press?

Two men in Melbourne, Australia were the first to patent the electric drill, in 1889. Arthur James Arnot and William Blanch Brain. Human-powered drills had been around for hundreds of years beforehand – and were referred to as “drilling machines”. The breakthrough these two men made was seismic. However, and opened up a wealth of new possibilities to machine precision parts in metal and wood.

Early drill presses had many of the main features you’ll see on a drill press today – such was the power of this invention. Just like a modern press, they had a motor, and handle which you could use to feed the drill into the workpiece. Adjustable tables were added very quickly, allowing you to use larger and smaller workpieces, and drill to different depths.

Into the 1930s drills improved greatly, mostly in terms of precision. By 1917, Black and Decker had patented a hand-held electric drill with a trigger, much like those in use today. For drill presses though, it was all about accuracy. Heavyweights such as Delta, JD Wallace, and others were all entering the industry and starting to produce very high-quality shop drill presses.

These machines featured variable speeds via belt drives, much like a modern drill press. don’t forget about the upgrades in drill bit technology as well. It’s funny to think just how long this machine has lasted!

Besides cost reductions and continuing accuracy improvements, there are two main recent advancements in drill design: variable speed without belt changes, and the laser.

The next major advancement is in the field of laser alignment. With older drills, you needed a special drill bit called a centerfinder in order to accurately align the drill over the desired hole location. This was a frustrating and time-consuming process, and one fraught with potential problems.

With the advent of laser beams, however, modern drills shine a laser down onto the work piece to indicate where the drill will position the hole. This allows the operator to easily move the workpiece to the correct position before clamping it down and drilling it. It seems like a simple advancement, but drill operators everywhere have rejoiced!

Where will drill presses go next?

As with any attempt to predict the future, it’s very hard to say where to drill press development is heading. Especially when taking into the varied drill press history. In the last 10 years, there’s been a huge drive towards producing drill presses that are much more affordable. These are often aimed at home and DIY users.

This has been accompanied by improvements in materials and manufacturing techniques needed to produce drill presses in a more cost-effective manner. Where a person used to hand mill a drill table, you’ll now find a robot CNC milling machine. We expect this trend to continue with the development of better and stronger plastics continuing to replace traditionally metal components. All this is great news for the home DIYer – who can expect to see better quality drill presses available at lower and lower prices.