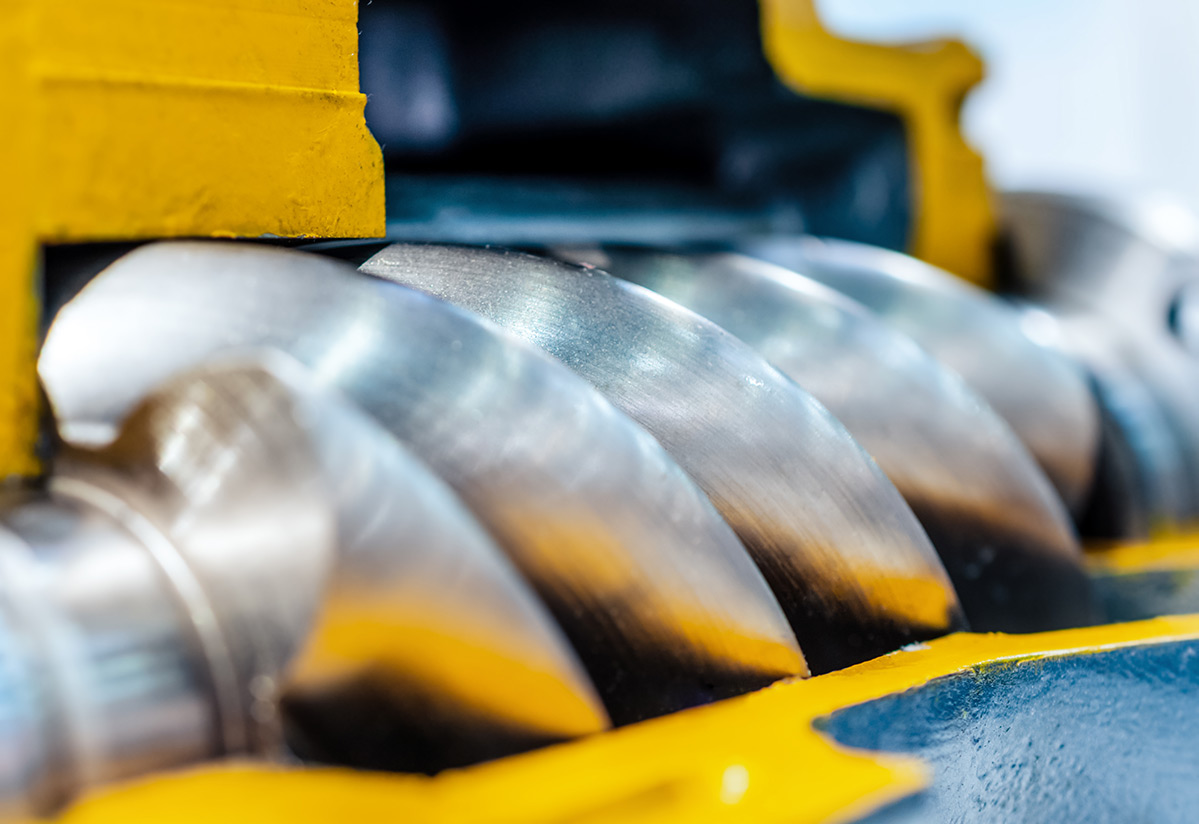 Home Resources How Does an Air Compressor Work?

How Does an Air Compressor Work?

Compressors are fascinating devices, and pretty much do what it says on the tin: compressing air. But just how do air compressors work? Let’s have a look at two of the most common designs – the reciprocating compressor and the more industrial rotary compressor.

At a high level, all air compressors work in the same way – they pull air out of the atmosphere, compress it to higher pressure, and then store the compressed air in a storage tank for future use. Storage tanks are a key part of a compressor, because they give the operator access to large volumes of smooth airflow for use on other applications.

In order to moderate and control the airflow, two valves are added to the system: one in the air line that enters the tank, and another in the tank. These two valves allow the pressure of the compressed air to be moderated to the desired application.

Rotary compressors are conceptually similar, but they use a different mechanism to compress the air. Instead of using a piston, they use a pair of vaned blades (like a small jet turbine) to compress the air through a conical chamber which adds further pressure. This air is then passed into the storage tank for use.

This design of compressor is typically used in commercial settings. Because it is quieter and can compress air to higher pressures than the reciprocating compressor. It also produces a continuous flow of compressed air, unlike the piston mechanism, which produced air in bursts.

How does an Air Compressor Regulator work?

In effect, what this mechanism does is ensure that air only passes through it when it reaches a desired pressure. This is critical in an air compressor, because it means that only air at the correct pressure is added to the storage tank. If the pressure isn’t enough, then the valve will not open until more pressure is applied from the input side.

Reciprocating piston compressors have a piston that moves back and forth in a chamber creating compressed air. But just how do you keep such a system lubricated? The traditional design involved using oil in the piston, which is still a method in use today. The downside of this approach is that oil often finds its way into the storage tank and then whatever output is being used.

That could be ok for air-powered tools, but when you’re trying to compress air to power an airbrush, or in a medical application, those oil droplets become a problem. Manufacturers created a solution, in the form of an oil-free compressor.

To make the compressor work without oil, it has to be manufactured to much finer tolerances. This is to make sure air does not escape during the compression process. Different materials also need to be used, in order to lubricate parts without contamination of the air supply. This can be achieved using Teflon coatings, and other special bearings and self-lubricating materials inside the piston assembly.

The downside of the oil-free compressor is that they can be slightly more expensive due to their increased complexity. More expensive materials are included, and parts have to be manufactured much more precisely. With that said, it ends up being much cheaper than the alternative, which is to try to filter oil out of the air supply after compression.