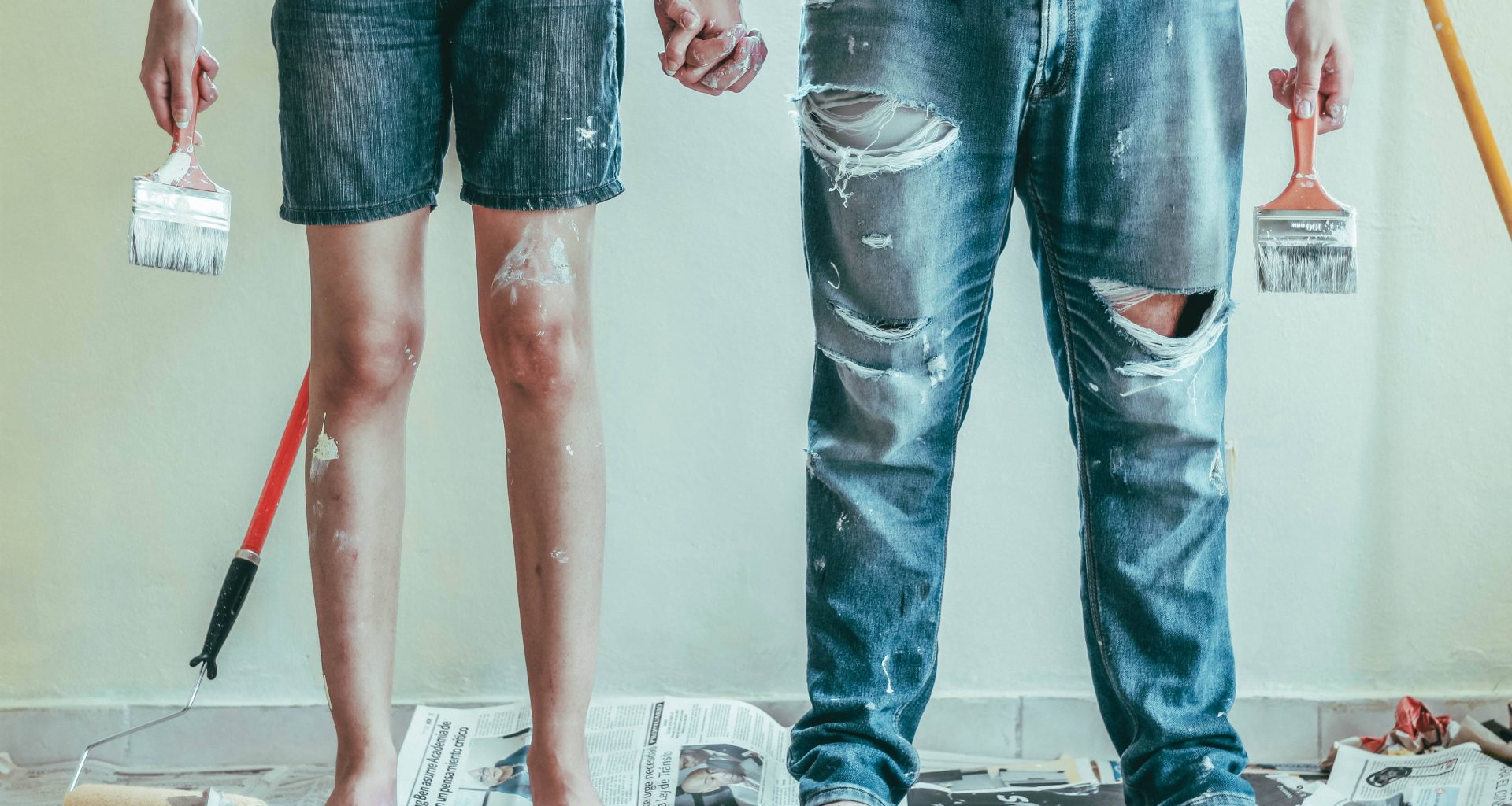 This article takes you through the top 9 DIY fails of 2020 posted online. Read on for a laugh and to find out which DIY fails to avoid!

We all know 2020 was a bit of a disaster. With a lot of people under stay-at-home restrictions for a lot of the year, people had more time than ever. A vast amount of people got stuck into some good old DIY in order to pass the time. However, it did not always go to plan. Almost 1/5 of people had some sort of DIY fail during quarantine.  Many turned to social media sites like Facebook and Twitter to share their DIY fails.

In no particular order, here are our picks of the top 9 funniest, biggest, and most unbelievable DIY fails of 2020.

This individual made a crucial error by seemingly forgetting to either take the clothes out of their closet or to remove the doors before they started painting.

This meant their clothes got covered in paint, somewhat resembling a zebra. If you had a tough time during 2020, just remember at least your clothes did not get an unwanted makeover.

This DIYer got more than they bargained for when trying to remove old wallpaper and they accidentally removed the plaster as well in the process. Plaster is a complicated job to do yourself if you don’t know how to do it and so they will have had to call in a professional. DIY fails including plaster have been ranked 4th most common during Covid-19 lockdown.

Exposed brick is a major trend right now; however, we do not think this one will make the cut.

An artist got herself a bit stuck when she mistook No More Nails for PVA glue during a project. This was then completely stuck to her fingers and nails. She went on to joke that she then had ‘no more nails’ due to the blunder.

This DIYer got stuck in a rut when they attached their satellite through the gap in their ladders. After the time it has taken them to put the satellite up, they would have to remove it again so they could set the ladder free. Maybe one to leave to the professionals next time to avoid another DIY fail!

Ladder fails seem to have been quite common in 2020. However, that does not make them any less annoying. After setting up their bed frame, this DIYer noticed that they had put the panel through their step ladder.

6. Running out of paint!

Unfortunately, this DIYer did not pick up enough paint when he went to the store, leading to an unsightly DIY fail. With the pandemic in 2020, many people limited their trips to stores and some non-essential shops closed. Meaning this DIYer maybe had to have an unfinished wall for quite some time. This fails has proven that if in doubt, too much is better than too little.

This DIYer thought they would save some money on install fees and install their microwave by themselves. It is safe to say they did a smashing job. However, they are now going to have to fish out even more money to pay for a new replacement range after their DIY fail. But hey, at least they can still have microwave meals.

This pup is going to be in the doghouse. Their owner had just painted their wooden floor and the pooch walked over it with dirty paws. Don’t think he will be getting any treats any time soon after this canine DIY fail!

We frequently hear that one size fits all. This certainly is not the case with doors, and it seems that this DIYer found out the wrong way. He said that his wife told him to measure the door frame before buying a door. He confidently replied that all doors are the same size. It seems he was mistaken. Always measure up before buying parts for your project to avoid a DIY fail like this!