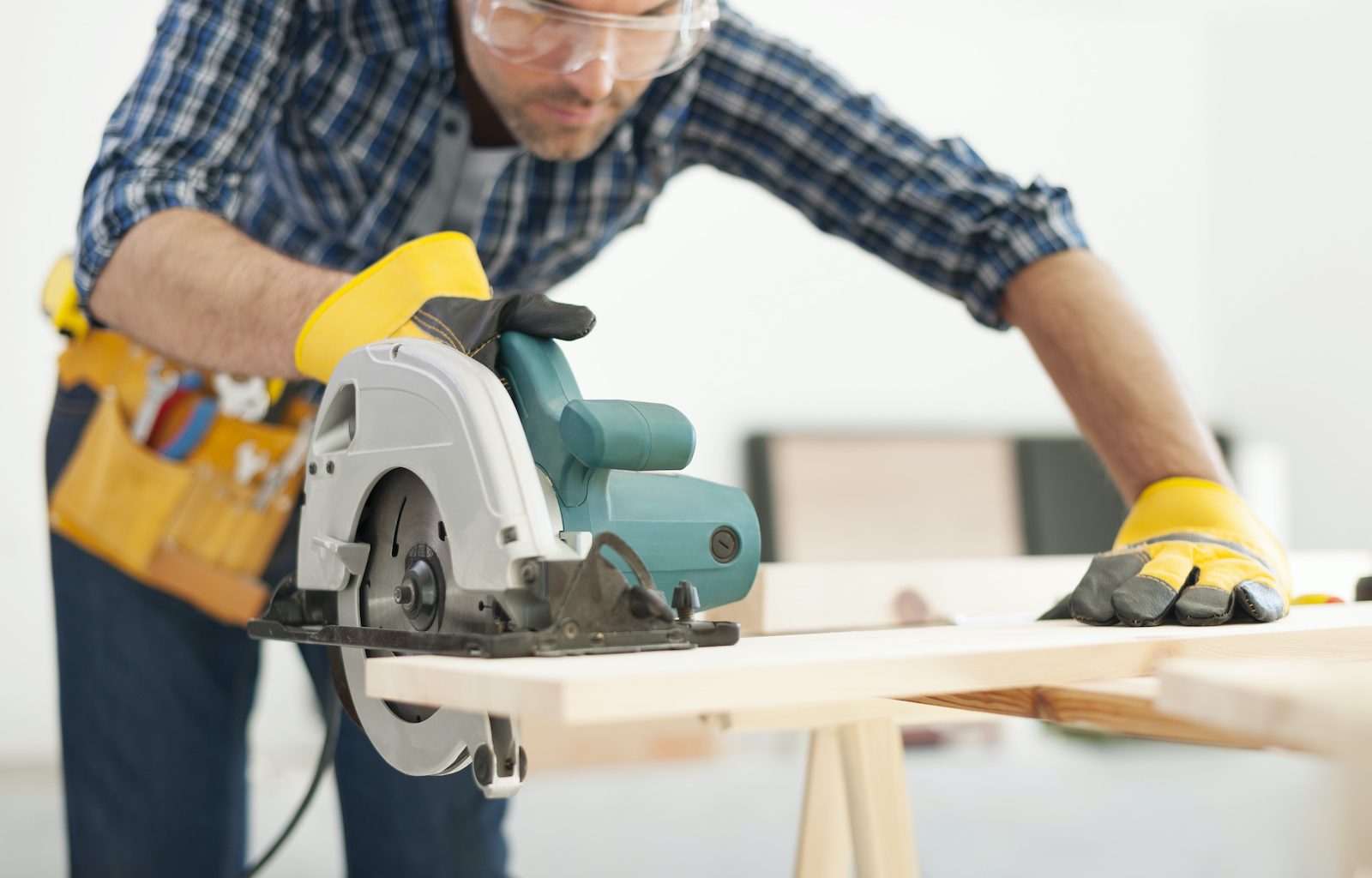 Whether outfitting a new workshop or deciding which tool is right for your upcoming project, the world of power saws is rife with options. Many of these options, including chopsaws and circular saws, feature circular blades. We have gone into detail on the differences between chopsaws vs circular saws to explain more.

Just because two saws use the same style of blade doesn’t mean they produce similar results. When comparing a chopsaw vs circular saw, there are clearly some similarities. But there are also some very big differences.

What Is a Chopsaw?

A chopsaw, more often written as “chop saw,” is one of many electric-powered saws featuring a circular blade. The blade is mounted on a raised arm and brought down to the base with a “chopping” motion, hence the name.

Chop saw blades are fixed in place, meaning they can only cut down at a 90-degree angle. This makes it one of the most efficient power tools for making straight cuts through metal or wood. In terms of versatility, though, most projects are best served by a compound chop saw (also known as a miter saw).

Is a Chop Saw the Same As a Miter Saw?

In woodworking, the terms chop saw and miter saw are often used interchangeably. It’s true that these power saws are similar, but to call them identical is not true.

Miter saws do feature a circular blade and utilize a linear chopping motion. Unlike the fixed up-and-down cuts of a chop saw, miter saws can be used at an angle. Some models can be adjusted to cut at preset angles while others are fully customizable.

The one advantage of using a standard chop saw over a miter saw is the cutting power. With fewer moving parts, chop saws tend to be much more powerful than their adjustable counterparts. This extra cutting power is crucial in professional construction but won’t make a difference in the average home workshop.

What Is a Circular Saw?

A circular saw is another powered saw with a circular blade. The blade is housed inside a sturdy handle that can be used in a workshop or even on-site. Most circular saws feature cutting guides, but it’s up to the user to guide the blade in the right direction.

While corded circular saws are the most popular, battery-powered models add to the sheer portability of this tool. Circular saws can be safely used on a wide variety of materials, including wood, metal, and some plastics.

Chopsaw vs Circular Saw: Which Is Right for the Job?

In an ideal world, there would be no need to pick and choose between different power tools. But for those on a budget or just stepping into the world of woodworking, owning every saw under the sun isn’t feasible.

Here’s what to consider when choosing between a chopsaw vs circular saw:

Chop saw,s produce perfect crosscuts (cuts at a 90-degree angle) on all types of lumber. They can also produce angled miter and bevel cuts. Because of the secure base and chopping motion, it’s much easier to cut through small pieces of lumber with a chopsaw than a circular saw.

A circular saw can produce crosscuts and miter cuts, but not bevel cuts, with relative ease. It can also make rip cuts (something a chopsaw cannot do). Rip cuts go along the material’s length. This type of cut is often needed when working with plywood or other large pieces of lumber.

A chopsaw is easier to use and achieve straight cuts with than a circular saw. Since the blade and material are secure during the entire process, there’s very little room for user error.

Cutting perfectly straight lines with a circular saw is possible but takes lots of practice and patience. Marking the cut with a ruler and pencil can make things a bit easier for inexperienced woodworkers.

When using a chopsaw, the materials to be cut must be brought to the saw. This is fine for a home workshop or small projects but can be inconvenient for larger ones.

A circular saw can be used practically anywhere. If you need a power saw that can travel with you, a circular saw is one of the best options.

Technically, chop saws are safer than circular saws. The user’s hands are further away from a chapsaw’s blade during use, and it’s much harder to cut through things accidentally.

Of course, any tool can be dangerous if used incorrectly. Just as much caution should be used when operating a miter saw as with a circular saw (or any other power tool). Always wear goggles and hearing protection, and be sure to familiarize yourself with the saw’s safety features before use.