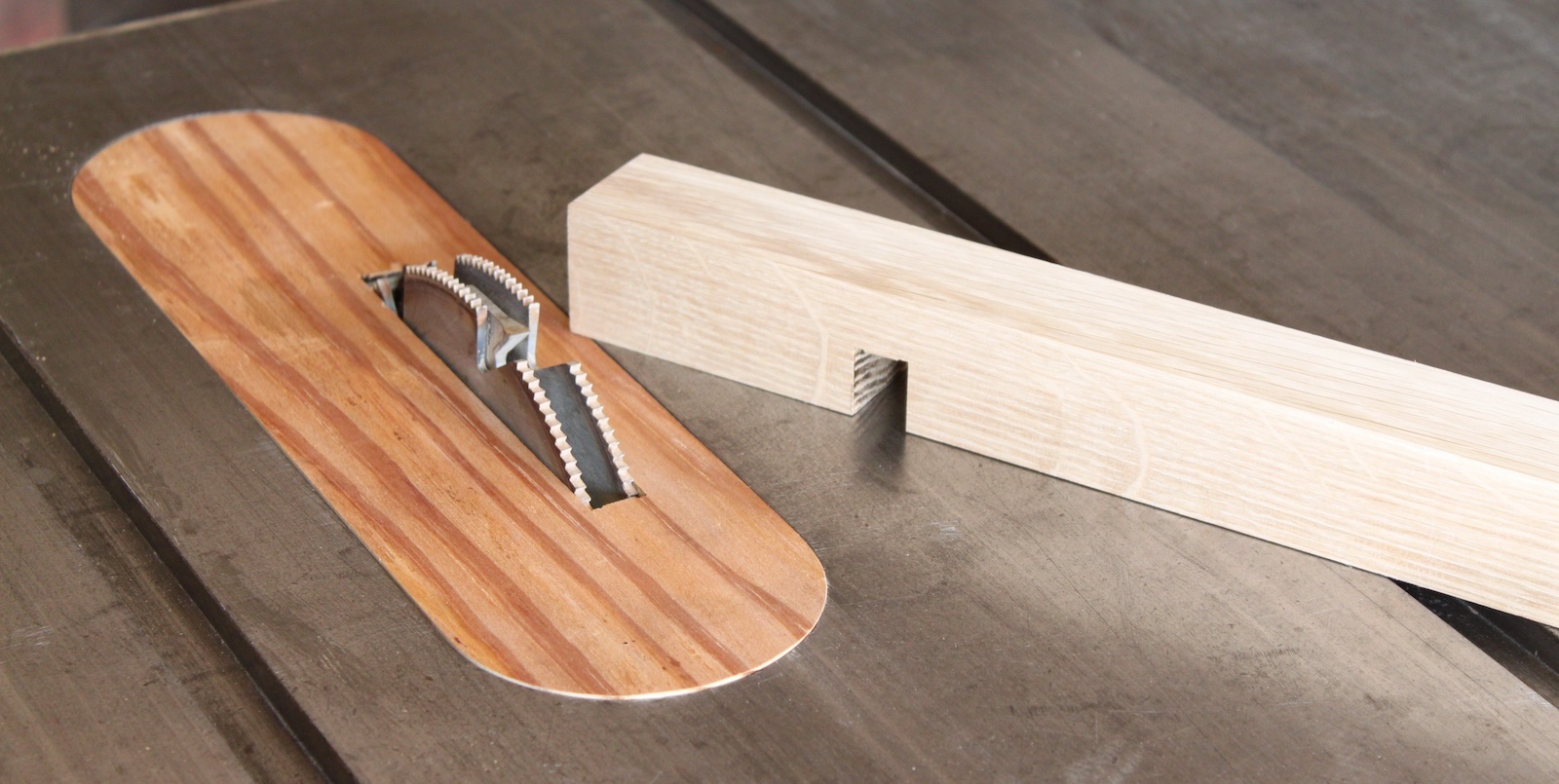 The Comprehensive Guide To Dado Blades

Table saws are common place in many woodworkers and craftsman’s workshops. Fitting onto a table saw are dado blades, also known as stacked dados. We have put together a full guide on dado blades, including how they are used and where you can use them.

What is a Dado Blade?

A normal circular saw blade that you would use with your benchtop or cabinet table saw is a disc with teeth around the edges. Normal blades are made up of one thin disc. Depending on the material you are cutting you might require different types of saw blade.

For a dado cut, you are removing a large amount of material, this requires a wider blade. The stacked blades are made up of two cutting blades either side of a set of chipper blades (see diagram for reference).

The cutting blades are similar to a normal saw blade, a thin disc with many teeth around the edge. They are used to make a clean cut along the edge of the groove and provide a straight edge.

Chipper blades are used in-between the two normal blades to remove larger amounts of wood. They come in a number of different designs, commonly having 4 carbide tipped teeth and having a wider kerf than the outer cutting blades.

By adjusting the chipper blades you can make a dado cut wider or smaller. This is achieved by changing the number of chipper blades used between the side cutting blades. The dado stack is then mounted onto your table saw arbor.

The Difference Between a Wobble Dado Blade and a Stacked Dado

The most common type of dado blade is the stacked dado as described previously, however there is another form called a wobble dado blade. The wobble dado is very different as it is comprised of only one blade.

The single blade is bent so that as it rotates it cuts in various points along the timber. They don’t produce as clean a cut along the edges or base of the groove.

What are Dado Blades used for?

Dado blades are commonly used in carpentry to assist with making dado joints. They can also be used for making rabbet cuts, tongue and groove, and removing large amounts of material quickly.

When making a dado cut in a crosscut direction you can support the wood using a miter and table saw fence. For a rip dado cut position your rip fence close to the dado blade and use a push stick to move it forward. This makes a long flat-bottomed grove along the length of the wood, called a dado.

When used to make a dado joint the groove is made to be the same width as the mating work piece. This mating piece is then placed into the slot, often with a tight friction fit. They are commonly found on bookcases and cabinet builds.

Using a Dado Blade with a Table Saw

Depending on the depth of your dado cut you can still adjust the height of your arbor. This changes the dado height and therefore will remove more or less material depending on the height set. We wouldn’t recommend rotating your arbor and using the dado blade at an angle as it is not designed to be used in this fashion.

The Dangers of Dado Blades

Dado blades are great for making groove cuts but they come with increased dangers compared to a standard circular saw blade.

They are a lot heavier which in turn makes it more difficult to stop them quickly. This is due to the way most table saw breaks work by reversing the power into the motor. However due to the heavier weight and increased inertia it takes longer for the blade to stop. This is dangerous as there is more chance you may have an accident when it is stopping.

You can use a SawStop break mechanism for an immediate break. as long as your dado set is fully conductive. But you must use a specific break cartridge that is suitable for a dado set.

There are further concerns that you cannot properly guard them from above. This makes them much more dangerous when moving your wood around on top of the saw.

Kick back is also more of an issue as a riving knife or splitter cannot be used with a dado stack.

However, as always in woodworking there are several ways to make a cut so you could use a different option rather than a dado stack.

Why Are Dado Blades Illegal?

In many parts of the world dado blades are not illegal. There are some countries such as the European Union, EU, that require stricter requirements for commercial tools.

One of these requirements is to have a CE mark. Dado sets or stacks are not awarded a CE mark and not considered safe in the EU due the dangers mentioned previously. The main reasons are because to use them the blade guard and riving knife have to be removed. These are two safety features that are essential for the safe use of a table saw.

Where are Dado Blades Banned?

Any country that requires a CE mark for commercial operations has banned dado blades to be fitted to table saws. They are currently banned in the United Kingdom, France, Germany and the rest of the EU.

The arbor spindle isn’t rated to hold the extra weight a dado set has. However, they are not strictly illegal, and with the correct safety measures and rated machines they can be used.