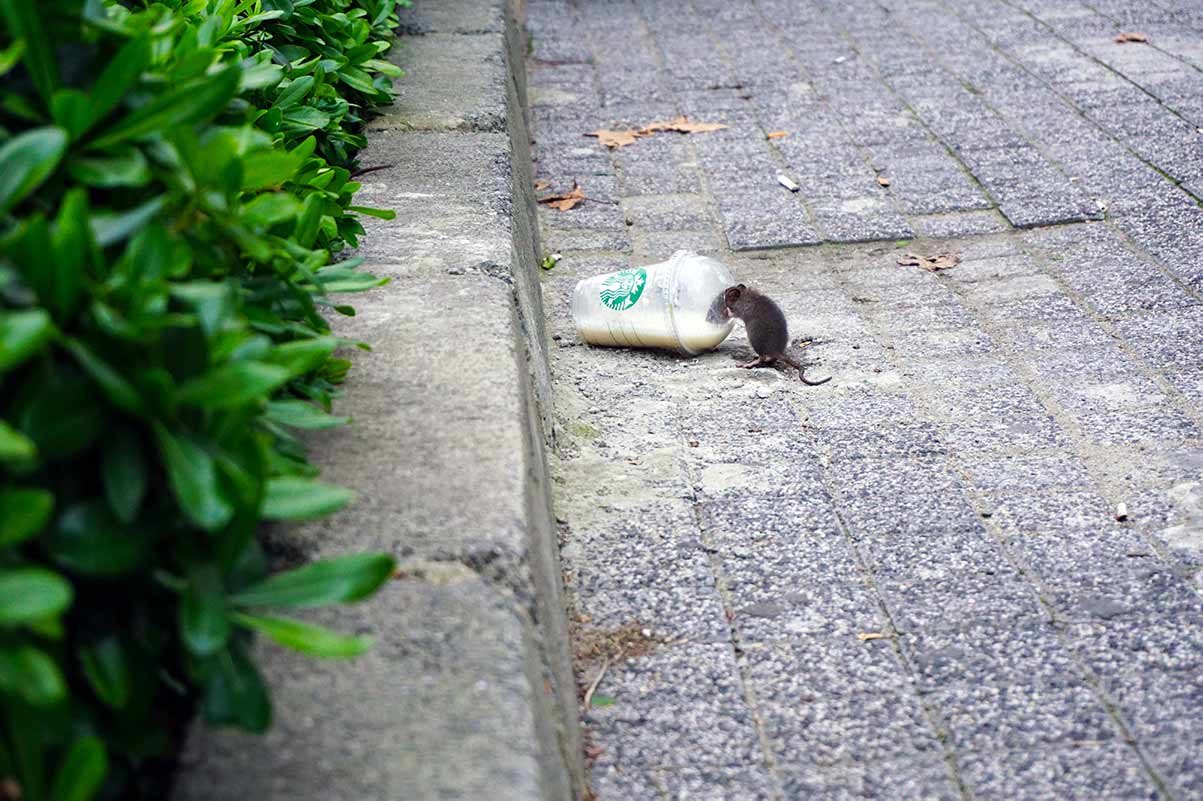 Rat poison can obviously be very effective in killing rodents, but as it has become more extensively used, wider environmental effects have become apparent. In this article, we’ll take a look at how it can affect wild animals both directly and indirectly.

It’s important to remember that all rodenticides (rat poison) are designed to attract animals. Unfortunately, that is a requirement for them to function well for killing rats. When an animal is poisoned as a result of eating the poison itself, we refer to it as primary poisoning. When another animal eats the carcass of a poisoned rodent, we refer to that as secondary poisoning.

The table above, summarized from the National Pesticide Information Center, helps to summarize the toxicity of various types of rat poison. While all of them are toxic, the most dangerous as those that require only a single feeding.

These chemicals pose a significant threat to pets and wildlife in particular, as a single dosage can prove fatal. While the multiple feeding poisons are also dangerous to wildlife and pets, there is a greater chance that a single feeding will not prove fatal to the animal.

If you discover a pet as consumed any of these poisons, you should contact a vet immediately. Always use good quality bait stations to keep pets and wildlife away from rodenticides, and never use your poison for more than a few weeks at a time.

While it is often considered to be a problem for wildlife like hawks and predatory mammals, secondary poisoning is also a risk for pets too. Dead or dying rodents can prove to be a tasty treat for dogs and cats, and depending on the rat poison you have used, that can be a big problem.

This second table helps to highlight the specific risks of secondary poisoning for the various types of rat poison. Due to their slightly different biology, there are differences in the effects on birds and mammals.

Raccoons are certainly threated by rat poison, as they are capable of being poisoned by both primary and secondary methods. They are adept at tampering with bait stations, and you will need a quality tamper-proof bait station to keep them out.

Possums, like raccoons, are also threated by both primary and secondary poisoning from rat poison. Any poison left in the open will certainly attract them, and as scavengers, they are likely to feed on dead rat carcasses as well.

Many folks love Squirrels, and will be sad to hear that they are at great risk when it comes to rat poison. The biggest issue is their size – which is very similar to that of a rat. This means it’s very difficult to keep squirrels out of bait stations. As a general rule, you should not use rat poison near wild squirrel populations.

Although effective, rat poison is very potent, and can cause widespread damage to wildlife and pets. You should always understand and consider the wider environment you are using it in before you start. Will there be children? Will there be pets? Are there secondary poisoning risks to think about? Understanding these can be complex, and you should always read and understand the directions. If you aren’t sure, consider hiring a professional.